A Question of Sports Players’ Teeth

When we think about professional athletes we think about people who keep themselves in great physical shape. But can the same be said of their teeth? We’re not talking about the gappy teeth of Liam Treadwell (AKA the Claire Balding saga). We’re talking about really basic levels of dental hygiene.

A study conducted prior to the London 2012 Olympics revealed that Olympians had higher rates of poor dental health than the average population. A more recent study of 187 players from the Premier League and Football League, carried out by the International Centre for Evidence Based Oral Health, revealed players’ tooth decay rates were 20% higher than the national average. 77% also had gum disease, and for 5% of them this was severe and irreversible.

Why Do Athletes Have Bad Teeth?

Dentists suggest the main reason for this poor dental health is that athletes keep hydrated with sugary sports drinks without understanding the damage they’re doing to their teeth. But a bottle of Lucozade Energy contains 64g of sugar. That’s a whopping 16 teaspoons worth in one bottle.

The effects of drinking sugary sports drinks can also be worse for athletes than the general population for two reasons.  First up, sports people often sip at their sugary drinks throughout the day. While this may be great for performance it’s not great for teeth because their mouths are constantly full of sugar which feeds and multiplies bacteria, producing acids and eroding enamel. What’s more, one of the side effects of exercising is a dry mouth and without saliva to neutralise these acids, teeth are under constant attack. 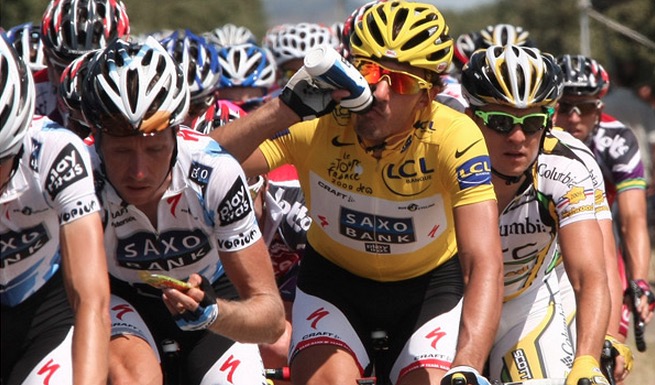 The football study also revealed that 7% players felt their oral heath affected their training or performance. Football clubs such as West Ham have had major problems with dental problems in the past; in 2012 Ravel Morrison was sent home from a West Ham pre-season tour to have 7 teeth removed. The bill came to more than £28,000 and he missed a significant part of the important pre-season preparation period.

What Can Athletes Do?

Some football clubs are starting to incorporate a dental examination as part of the pre-signing medical and are following this up with regular visits from dentists. Plus, many players are starting to favour drinking plain water or adding sugar-free flavouring tablets to make water tastier. Some prefer to use milk-based drinks that have been shown to rehydrate athletes quicker than water.

While the best solution is to cut out sugary drinks altogether, there is a way to protect teeth from these sugars. Using our mints and gum during the day reduces the bacteria that feeds on the sugar, and therefore less acid is produced after drinking which means less erosion and healthier teeth all round.

All this is backed up by dentists and nutritionists alike. Shane Thurlow, who provides nutritional support to elite athletes and teams says:

Within elite level sport it is essential that players maintain good dental practices. As a matter of course, players undertake preseason dental exams and are encouraged to use products to help attain good oral health. Use of gels and recovery drinks potentially exposes players to greater chances of tooth decay, though products like Peppersmith provide real alternatives to standard products and should be part of the athlete’s toolkit.

The post A Question of Sports Payers’ Teeth appeared first on Peppersmith.