Here at Peppersmith we are passionate about promoting healthy minds and bodies as well as healthy teeth. This is why we’re supporting the Don’t Tax Healthy campaign, along with lots of other great brands including ChicP, Squirrel Sisters, and Ugly Drinks. The campaign was introduced by our friends over at Oppo, a British brand who produce reduced sugar ice cream. If you haven’t already, give it a try.

What actually is the campaign?

The guys at Oppo have launched a UK government petition requesting a VAT reduction on low-sugar, healthy products such as their own. Currently tax on these foods stands at 20%, but the campaign wants this lowered to 5% to entice more people to buy healthier foods. The movement is in collaboration with Sugarwise – a group on a mission to raise awareness about the availability of low sugar options. You can get behind the campaign here. 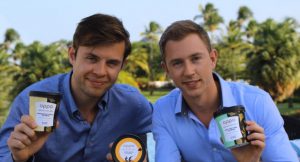 Why are we backing it?

We want to make a healthy lifestyle possible for everyone. Did you know that in the 16th century a teaspoon of sugar cost the equivalent of about £4 in London? Sugar used to be a luxury, but now it’s everywhere. Even in foods you wouldn’t suspect.

Currently, obesity, diabetes, and other diseases directly linked to high sugar intake are still on the rise in the UK. Oppo have also recently released YouGov research which reveals that 40% of 18-34 year olds can’t afford healthier eating options. With junk foods tending to be much cheaper than their healthier counterparts, it’s an easier choice when it comes to meal and snack times. This is something that needs to change.

How will it help?

If the government petition on Don’t Tax healthy goes through, it will break the price barrier which so many of us face when wanting to buy lower sugar foods. Additionally, the campaign aims to raise general awareness about health problems associated with a high sugar diet. We hope that this will eventually lead to a healthier, happier nation.

Head over to change.org if you want to get on board.