It’s all about xylitol

Last November we released the first issue of our lifestyle journal, Pepper. It contains all sorts from an interview with Emily Blunt to some more information on the mysterious ingredient in our mints and gum, xylitol. Here is a little snippet of that information for those of you who want to know more about this wonderful ingredient. Of course, if you enjoy this, please feel free to give Pepper a read online.

Where does xylitol come from?

The name might sound a little unnatural, but with it’s traditional source being birch tree bark it’s anything but. Aside from providing you with a new super scoring scrabble word, this natural wonder is a great substitute for sugar, plus it’ll keep your teeth in tip top shape too. Nowadays there’s lots of GMO xylitol produced in China, however we like to source our’s closer to home. That’s why we get our’s from European beech and birch trees, and occasionally from the odd starchy vegetable.

When was xylitol first discovered?

Xylitol was actually discovered well over 100 years ago by a scientist named Koch back in 1881. However, it wasn’t until 60 years later during World War II when the Fins became dependent on this sweet tasting ingredient. Their reliance on shipping saw a severe shortage of the importation of cane sugar, so xylitol became it’s substitute.

When did people begin to realise xylitol’s health properties?

For a long time, nobody knew that xylitol had any health benefits at all. In fact the first scientific study on xylitol didn’t take place until the 1970’s, when it was discovered that it had a very different impact on peoples health compared to sugar. Unlike cane sugar, which feeds the bad bacteria in your mouth, xylitol helps to kill the bacteria which arise after eating, so you really can have your cake (or kale for the health conscious among us) and eat it.

How can I fit xylitol into my daily routine?

It is recommended that our teeth should be exposed to 5g of xylitol per day to get the maximum benefit. Although it occurs naturally in foods such as rice, oats, sweetcorn and wheat, it doesn’t exist in large enough volumes to have any real effect, which is where our xylitol enhanced products come in. We make each of our mints and gum with between half and 1g of the most natural form of xylitol, and we suggest having a few sticks of gum, or 10 mints spread out throughout each day to keep those gnashers in pristine condition.

This piece was adapted from Laura McCreddie-Doak writing for Pepper Magazine. To read her article in full click here. 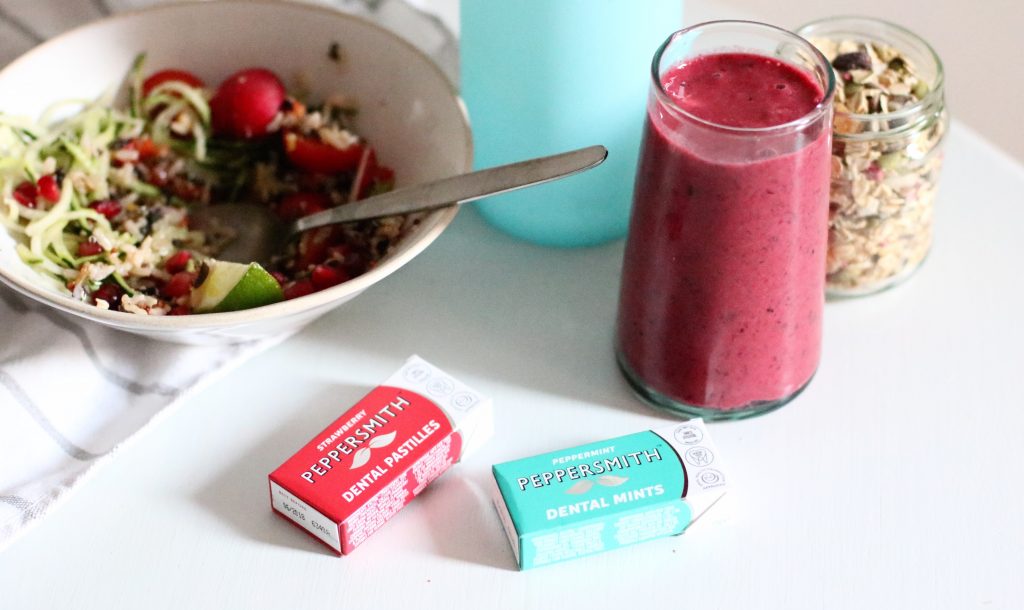 The post Xylitol: The Natural Phenomenon appeared first on Peppersmith.